Thank you! Your submission has been received!
Oops! Something went wrong while submitting the form.

Blend half the yoghurt, half the lemon juice, half of the garlic, half of the ginger, ½ teaspoon of salt, along with the ground coriander seeds, cumin, turmeric, cayenne pepper, garam masala and paprika in a bowl.

Dice the chicken into 3cm cubes, place in the yogurt mixture and toss well. Put into the fridge to marinade for two hours.

Remove the chicken from the fridge and spread out on to a lined baking tray so that the pieces do not touch. Sprinkle with 1 tsp of the flaky salt to season. Bake for 15 minutes. Remove from the oven, turn each piece over and return to the oven to cook for a further 10 minutes.

Blend the remaining yoghurt, lemon juice, garlic,ginger, coriander, mint, deseeded chili and ½ tsp salt in a food processor to form the chutney. Blend until the mixture is still slightly chunky and put in a bowl to serve.

Serve the chicken with cooked rice and dress with the coriander chutney.

*may not be included in your Market Box 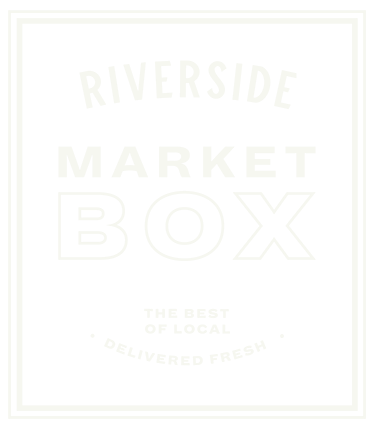